I have lived in the village since September 2000 although I have been singing in the church choir since 1997 and been involved in the May Fayre since 1998.

Although very involved in church activities as choir mistress, editing the magazine for the last 15 years and at some time member, secretary and chairman of the PCC, I have also contributed to village affairs eg. organising Singalong Suppers, Sausage Sizzles and the Village VE 70 years celebration in 2015. My hobby is choral singing and I have been a member of Weston Choral Society since 1997, it’s secretary for 12 years and am currently its chairman.

My career was in education first as a teacher then as a trainer of teachers. I have a B.Education degree, a joint honours degree in History and Music and an MA in Language Development. I have examined for the universities of London, Birmingham and Durham and at the time of my retirement as Dean of Studies at Roehampton University I ran a department of 126 lecturers. Committee and communication skills were key to these jobs and I look forward to being able to offer these skills and my experience to the work of Bleadon Parish Council. 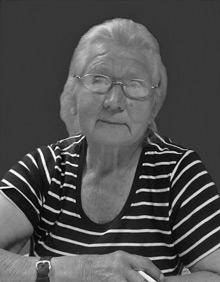 I am a semi-retired farmer. My mother and grandfather were both farmers before me. I have lived in or very near Bleadon most of my life and have been a parish councillor for nearly 30 years. In my time serving as Chairman and on the Youth Club, Open Spaces and Planning Committees.

I grew up in Weston-super-Mare - met and married my now late husband who was serving in the RAF (Locking).  As a service wife I lived in various part of the U.K as well as overseas – Germany and Bahrain.

On leaving the RAF we found ourselves having to settle in London.   I spent most of my working life within the Local Authority, NHS and the Voluntary Sector in London’s East End where I was fortunate to work for the people of the London Borough of Newham.

During that time I worked with and for adolescents offenders, managed a rehab house within a psychiatric hospital and for the eighteen years prior to returning to Bleadon I was the Co-ordinator of one of the London’s Borough’s Disability Association.  In this capacity I was required to serve on various committees including the L.B of Newham Social Services, Health and Education Committees as well as a variety of local agencies.

For experience I chose to do a stint of Agency work in the London Hospitals and was fortunate to work at St Barts and as Private Patients Secretary at Great Ormond Street Hospital.

Whilst growing up I had fairly strong links with this area – tramping around the surrounding hills and visiting family connections in the Parish.  While living in London those links were maintained with frequent visits staying in local holiday cottages, as our plan was to retire to Bleadon.

I returned to Bleadon some fifteen years ago and initially became a member of the P.C some 12 years ago  - I took a three year break and returned as a member again in February 2020.  To the best of my knowledge as a Parish councillor I was only absent on two occasions and later as a parishioner I have attended all PC meetings.

I have enjoyed being part of village activities - I represented the PC on the Coronation Hall Management Committee, Secretary for the PCC, various groups and social activities including the WI and its various groups, Tiffins Coffee Morning group and of course being part of the dog walking fraternity with my spaniels.  These involvements have enabled me to meet with both ‘immediate’ parishioners and those in the outlying boundaries, whom I feel are often overlooked.

I feel I can usefully contribute in the work and responsibilities of the Parish Council and by doing my best to seek and to represent the varied and multiple views of ‘All’ residents of our Parish.

I have been a resident of Bleadon for over 20 years, my wife Sarah grew up in the village, we were married in Bleadon Church in 1984 and our two sons are now in their 20’s. We hold many fond memories of family life in the village and have a genuine interest for the welfare and community of Bleadon.

I have over the last 40 years set up and worked activeley within several independent successful businesses, recently I took the decision to semi retire, allowing me more time to work and complete my many ongoing projects.

I have always stood by the motto;  ‘If a jobs worth doing, it’s worth doing well’ which has served me well both in my business and personal life. A motto which I would like to practice, as a councillor for the parish of Bleadon.

My Husband and I have lived in Bleadon since October 1992. Our two boys, aged 25 and 20 respectively, were born here and have grown up in the Village. I grew up in St.Georges which at that time was a small farming community, so I have only ever known village life. We take part in village activities when we can and always help out with the annual May Fayre.

I have sat on many local committees with different roles including the Bleadon Baby & Toddler Group, Lympsham Pre School, Lympsham School’s PTA, Governor of the School for 10 years, Weston Rugby Junior/Mini Section. I am a Martial Arts Instructor and have ran after school self-defence classes and Ladies self-defence classes. I also gave talks and demonstrations at local WIs and Ladies groups, including Bleadon WI. Currently, I am Manager of Weston Rugby’s Senior Men’s second team and run (with one other) the library at Lympsham School.

I am a Legal Executive and worked in local Solicitors firms specialising in Land Law, Wills and Probate. Since having a family, I have worked as a self-employed Law Costs Draftsman, which I still do now. I am a methodical person, a stickler for the rules and approach issues with an open mind and a strong sense of fairness. 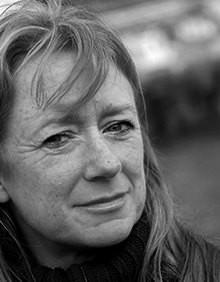 I have lived in Bleadon since 2003 when I moved here from the Isle of Arran in Scotland with my three children.  I work from home mainly and have been part of many local committees including Lympsham School, Bleadon Toddlers and the Hall Committee.  I currently support Bleadon in Bloom and have already volunteered to look after the footpaths and bridleways. I am returning to the Parish Council following a year long break so please speak to me if you would like to get involved and help with Bloom or the footpaths – you will be very welcome.

I was born and brought up in Kenya coming to live in this area after leaving Wales in 1968. After leaving school I worked in retail for four years then went to live in South Africa for a year. When I returned I went back to my old firm managing stores around the South West and Shrewsbury. I ended up back in Weston as general manager for walker and Ling where I worked for thirty five years.

Nicky and I moved to Bleadon in 1982 renovating "The Cottage" in Shiplate Road then a school house. With two daughters we need a larger house so moved again to our present house on the flat of Bleadon. We have been married for forty years.

Over the years in the village I have belonged to the Bleadon players playing many roles, as some of you know sometimes playing the dame and not very good at singing. I also used to run the sports events at the May day fair on the rectory lawns. One of my other roles was as Scout leader for a number of years. Other hobbies included sailing, music, holidays. 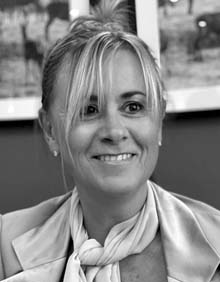 I have lived in Bleadon for the last 13 years, having spent all of my life in the Mendip area. My Grandparents were dairy farmers and I consider myself fortunate to have grown up in the farming community. I am married to Simon and have grown up children, one of which is now living on the hill. In my spare time I enjoy walking my dog in and around the village, gardening and spending time with my family. I take a great deal of pride in being part of village life and always enjoy supporting village events to include the annual May Day Fair.

My main interests are around fitness, I like to keep active and enjoy all types of fitness to include going to the gym, and attending classes there when I can. I have previously played netball for local Weston clubs and took active roles on the Weston and District Netball committee. I also helped to set up a junior club and spent time each week both coaching and umpiring, along with attending all of their league matches in Bristol.

My Husband and I both enjoy travelling and have been on a number of long distance holidays including Thailand, New Zealand, Sri Lanka and South Africa. We haven’t been far in the last two years but hope to resume our travels very soon!

I have worked for 41 years at Barclays Bank, where I have enjoyed a number of roles, and am still working full time for the Wealth Management division, managing a team of Executives. In the past I have spent a good deal of time commuting to our Bristol and Cardiff offices but now work from home, which gives a better work/home life balance. Through work I have been fortunate to get involved and raise money for a number of charities, and in 2016 I sailed with the Jubilee Sailing Trust on the tall ship Tenacious which has been adapted to accommodate disabled people. Barriers and differences were broken down as we all worked together as a team to sail from Portsmouth to London.

I hope to be able to bring my experience, together with my “can do” attitude to work on and with the Council to improve and maintain the village community.

Councillors are required to make a declaration of interest about any disclosable pecuniary interest they have which could potentially interfere with council business.

Click on the name for the Registered Interests of Bleadon Parish Councillors:

Parish Councillors
The Chairman and vice-Chairman are members of every committee. 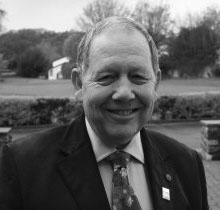 It is a bit like the analogy concerning a hero of mind namely Winston Churchill who when he became the First Sea Lord at the Admiralty for a second time the naval ships around the world flashed “Winnie is back”. For those residents who do not know me the this is my second term as the Parish Clerk. I first became the Parish Clerk in in 1990 until I concluded my service then in 2016.

Since then I have been both a Town Clerk and Parish Clerk to several communities generally assisting them with their pertaining challenges at the time.  The past support of Bleadon Council together with then two other parishes namely East Huntspill (12 years) and Puriton (11 years) was always first class. In that time I gained a BA (Hons) in Local Governance served as the President of my professional association (2010-11) and for 3 years served as a Regional Director of the IIMC  (International Institute of Municipal Clerks) a World Wide organisation of Parish Clerks based in America.

I have to admit it is like coming home and I am very pleased to be back serving a community that I have always had a resonance with. I am here to serve so please do let me know as and when I can be of assistance.